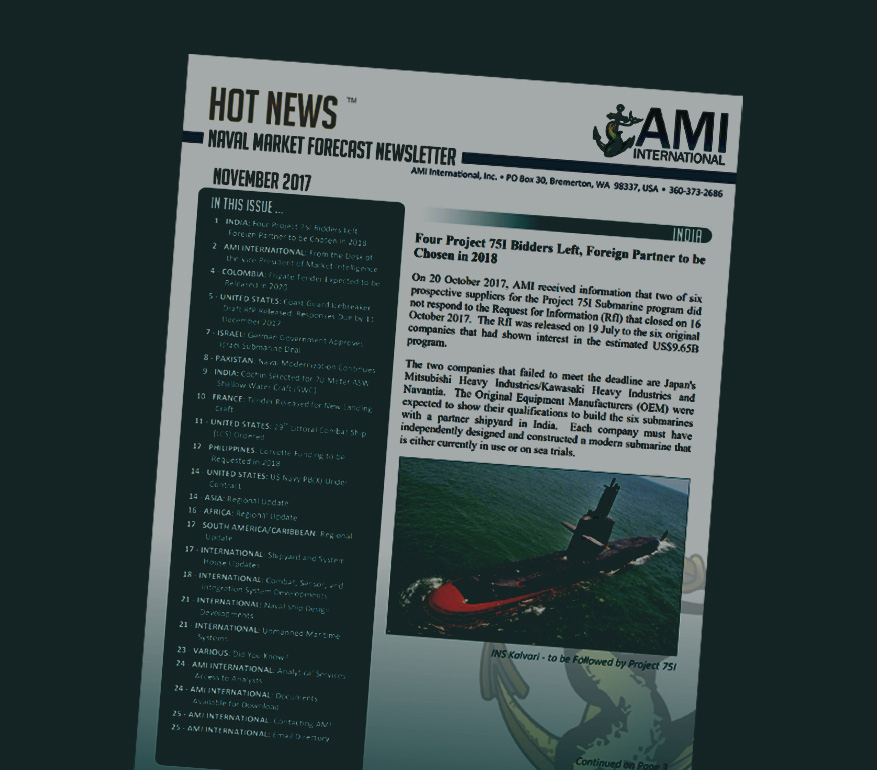 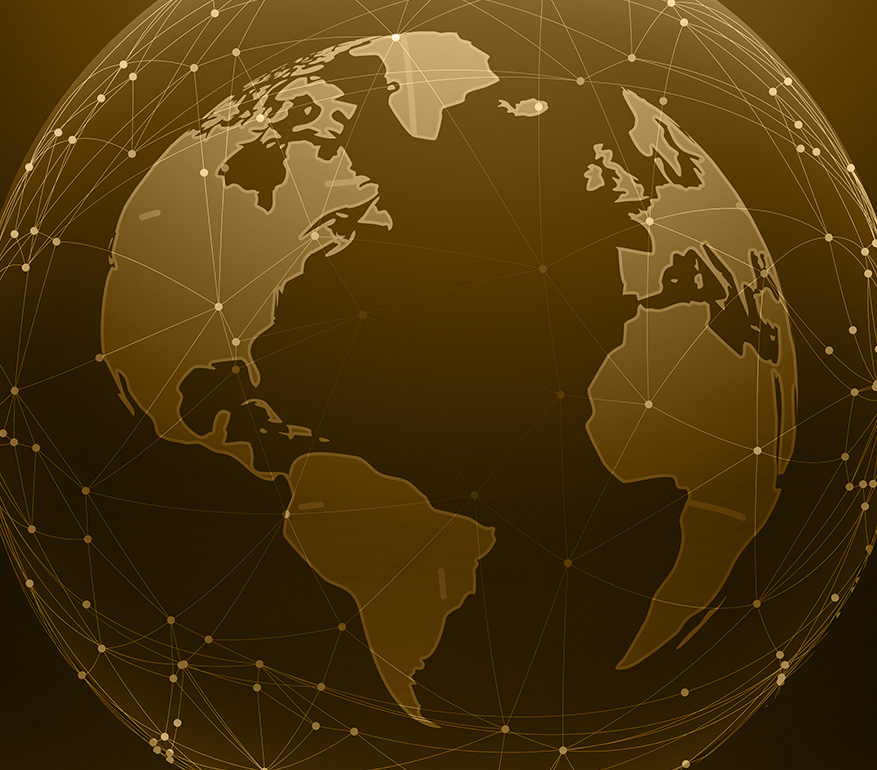 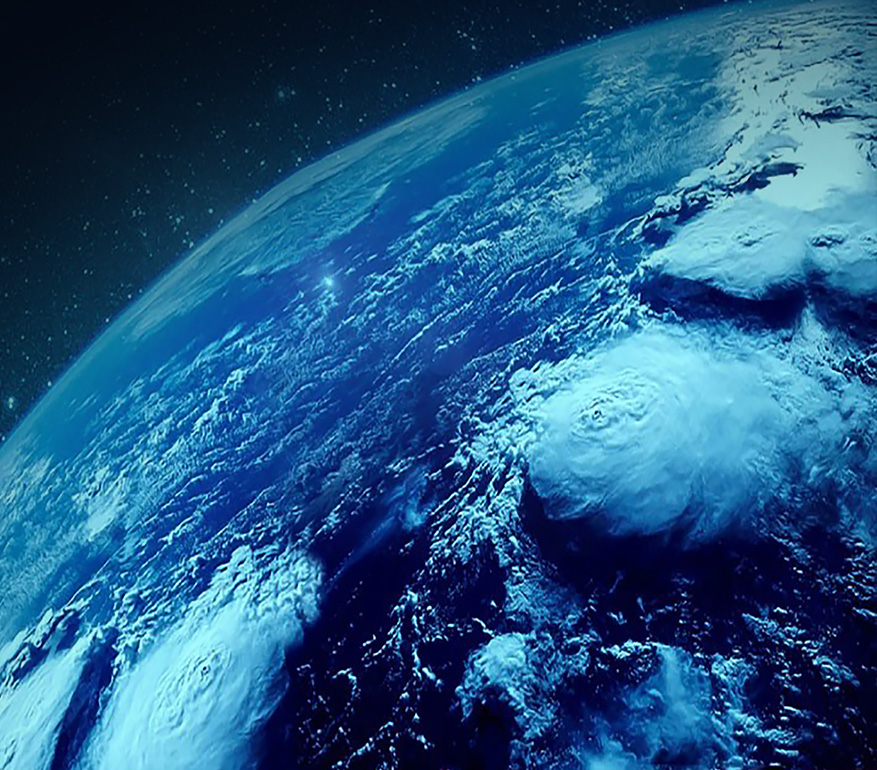 Our Flagship Product: Worldwide Naval Projections Report (WNPR). AMI analysts track the 151 ocean-based countries and report on those that have resources to buy, build, modernize and maintain a navy or coast guard force.

AMI's has been the first choice in naval industrial analysis since 1984.

Our online market intelligence give continuous insights into the naval marketplace, not snapshots. AMI Advisory Services is win-centered, customer facing and interactive. 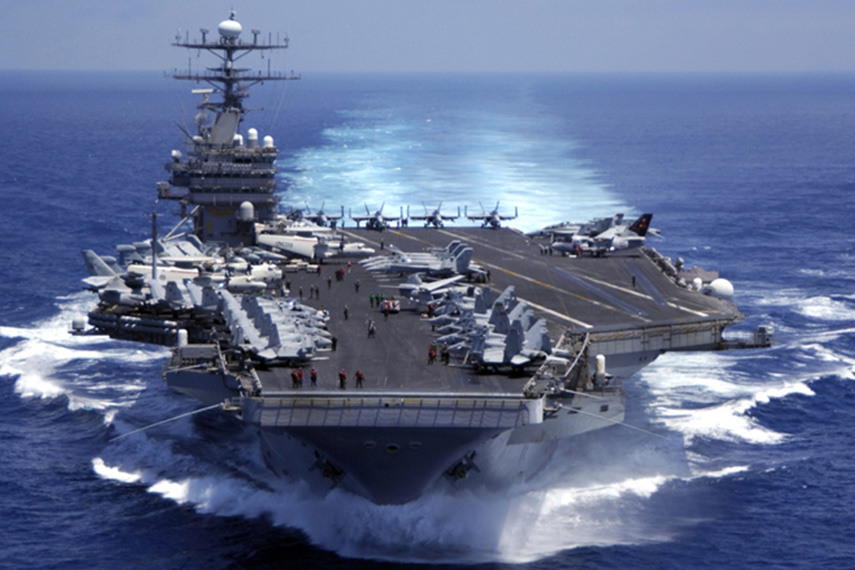 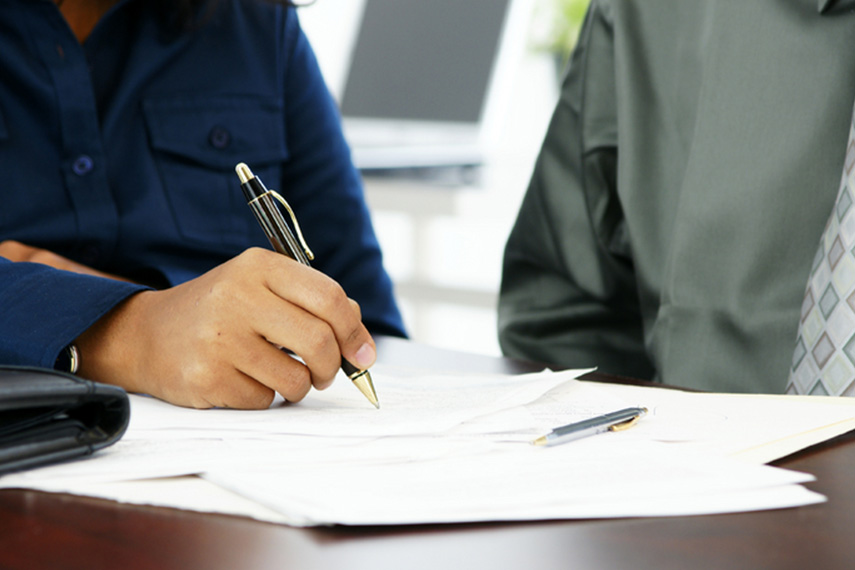 AMI International distinguishes itself through the hands-on assistance provided to sales and marketing individuals worldwide. AMI has performed hundreds of market assessments, competitive analyses, and capture strategies for the leading naval industrial companies of the world.

AMI International provides advisory services to our worldwide clients for a variety of needs. Our primary focus in our assignments is to assist our clients in improving their "relative competitive position" either on a future program or in a market segment.

Learn more about our Advisory Services

Proven Edge in the Global Naval Market - AMI International is the leader in naval industrial analysis for the defense industry and governments worldwide. 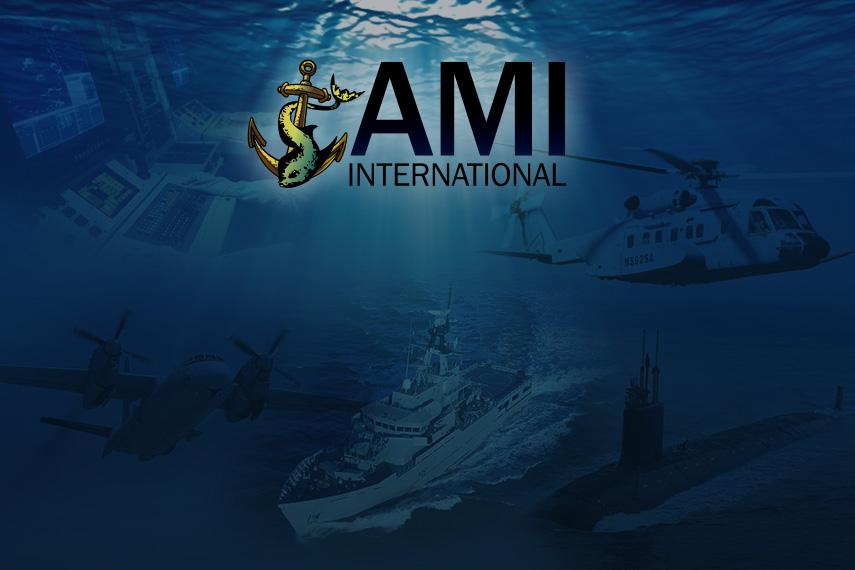 AMI offers a wide range of advisory services, including:

Assisting naval industry and governments in their international projects since 1984.

Europe can be rightly considered a 'home' for submarine forces. The history of submarine design, construction and operations is deeply rooted in the European naval experience of the 20th century.

The global naval market for anti-ship missiles has entered a transition phase as established market leaders such as Boeing's HARPOON and MBDA's EXOCET compete against a growing number of increasingly capable, lethal, and inexpensive rivals offered from the US, Europe, China, and Russia. This article reviews the current and future prospects for naval ASuW missile in the global market.

More than a century after its debut, the submarine remains a key capability among the world's navies and an area of continuing investment and technological development. Over forty navies worldwide have submarines in their fleets, and the number of submarine operators appears set to grow.

Want to find out more?

Contact one of our AMI team members for more information.